Home » Joseph O'Connor's The Thrill of it All
Print Joseph O'Connor's The Thrill of it All

Prof Joseph O’Connor is the Frank McCourt Chair of Creative Writing at the University of Limerick.

Prof. O’Connor’s novel The Thrill of it All is his twelfth work of fiction but he has also authored five works of non-fiction. Previous books include Cowboys and Indians (short-listed for the Whitbread Prize), Redemption Falls and Star of the Sea, which was an international bestseller with over one million sales and published in 38 languages. It won prizes in France, Italy and the US as well as the Hennessy/Sunday Tribune Hall of Fame Award, and the Prix Litteraire Zepter for European Novel of the Year.

Professor Joseph O’Connor was guest of honour at the launch of the 2014 One Campus One Book initiative as his most recent novel The Thrill of it All was announced as chosen book for the academic year 2014/2015. Prof O'Connor read a few short extracts from the book and members of the audience were also offered the chance to ask Prof O'Connor about his writing process.

Prof O’Connor was joined by two other award-winning authors, Christine Dwyer Hickey and Colin Barrett, for the second UL One Campus, One Book event, a reading on the 13th of November, 2014.

The event was organised in conjunction with the Limerick City of Culture Visiting Writer Series 2014 and Campus Life Services, UL. A large audience from across the UL campus and beyond gathered in the Millstream Common room to hear these distinguished authors read excerpts from their latest work. Dr Tina O’Toole from the Department of English, UL, chaired the evening and moderated a lively question and answer session between the audience and the writers. Caroline Graham of the Limerick City of Culture Visiting Writing Series commented: “We are delighted to bring writers of this calibre to Limerick audiences. Both Joseph O’ Connor and Christine Dwyer Hickey have been recently nominated for the Laureate in Irish Fiction, while Colin Barrett has this year won both the Frank O’Connor International Short Story Award and the Rooney Prize for Fiction”.

The final event for UL One Camus One Book 2014/15 was a How I Write, Ireland interview. Prof Sarah Moore conducted a public interview with Prof Joseph O'Connor, in which he discussed his writing processes and habits. A Q&A session followed the interview, in which the audience could ask Prof O'Connor questions about his writing process. 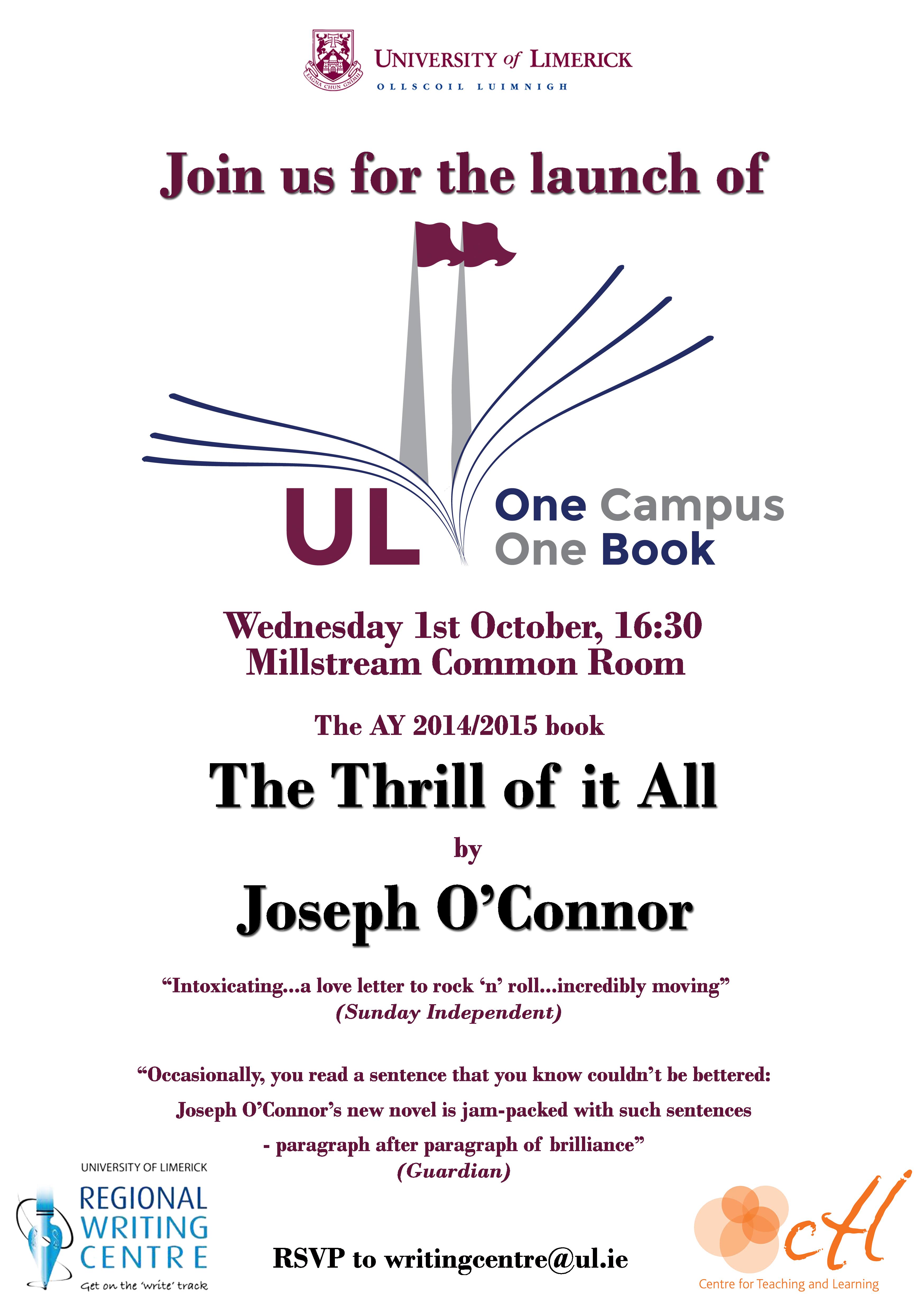