An Interview with Joseph O'Connor 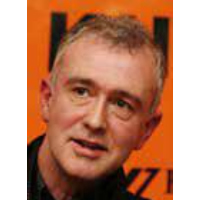 Prof Joseph O’Connor is a best-selling author and current Frank McCourt Chair of Creative Writing at the University of Limerick. His latest novel The Thrill of it All is his twelfth work of fiction, having also penned five works of non-fiction.

Some of the South Dublin native’s previous books include; include Cowboys and Indians (short-listed for the Whitbread Prize), Redemption Falls and Star of the Sea, which was an international bestseller with over one million sales and was published in 38 languages. Star of the Sea won prizes in France, Italy and the US, as well as the Hennessy/Sunday Tribune Hall of Fame Award and the Prix Litteraire Zepter for European Novel of the Year.

This interview is available in the following formats:

*If links do not open in Internet Explorer, please try with Google Chrome or Firefox.