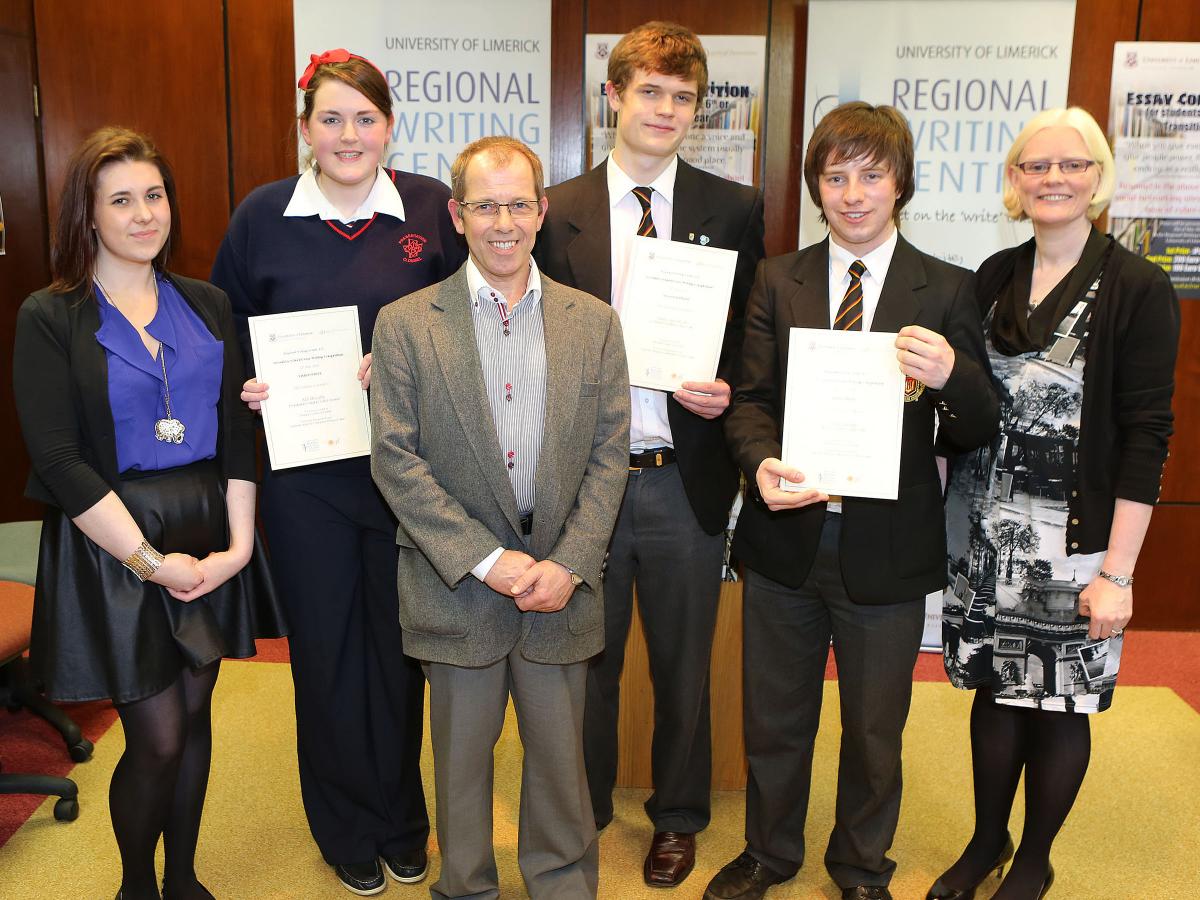 Over 70 Munster secondary school students have taken part in the second annual Essay-writing Competition sponsored by the University of Limerick’s Regional Writing Centre.  Students from Transition year, 5th year and 6th year were invited to take a decisive stand on the following statement and respond to it in relation to the issue of cyber-bullying. “When you give everyone a voice and give people power, the system usually ends up in a really good place.” Mark Zuckerberg, co-founder of Facebook.

The Regional Writing Centre, under the auspices of the Centre for Teaching and Learning at UL, supports both undergraduate and postgraduate student writers and collaborates with faculty to develop their own writing and to expand writing-based curriculum innovations.  Established in 2007, Ireland’s first academic writing centre was inaugurated to ensure that writing skills are supported and promoted in a number of ways. The resource is dedicated to helping all students develop strategies to become better and more confident writers.

UL President Professor Don Barry presented awards to the winners of the competition which was developed to highlight UL’s commitment to supporting the educational advancement of prospective students and promote the development of good writers.

The winning authors illustrated a strong proficiency in writing. Indeed, their essays stood out from the 70 plus entries that were received from across Munster. Their essays reflected the ability to develop a strong argument, to be clear and coherent, to achieve accuracy in language and form, and perhaps most importantly, the winning essays illustrated a capacity for critical reflection and creative thinking. Such capacity is highly commendable given that the development of creativity is not without its challenges, particularly in the current culture of points-oriented education. The ability to both think and communicate critically and creatively will serve this generation well both in the workplace and beyond where advancement is inexorably linked with imagination, creativity and innovation and the ability to communicate it to others.

The UL President reiterated the university’s commitment to and support for the work of the Regional Writing Centre and the Centre for Teaching and Learning in their endeavours to facilitate an engaging, meaningful, high-quality learning experience for UL’s students. He expressed pride over the pioneering role that the Centre has played in this regard. Ireland’s first academic writing centre, said Professor Barry, is paving the way to ensuring that writing skills are supported and promoted in a range of important ways.

The three winners were delighted to have won, as were those who accompanied them from their homes and schools. First-place winner Edmund Heaphy took home a new Apple iPad. Second- and third-place winners, Fintan Óg Guilfoyle and Ailís Mc Carthy, received One-For-All vouchers for €200 and €100 respectively.