Call It Out Launch | University of Limerick

European Centre for the Study of Hate

Home » Call It Out Launch
Print

Call It Out Launch 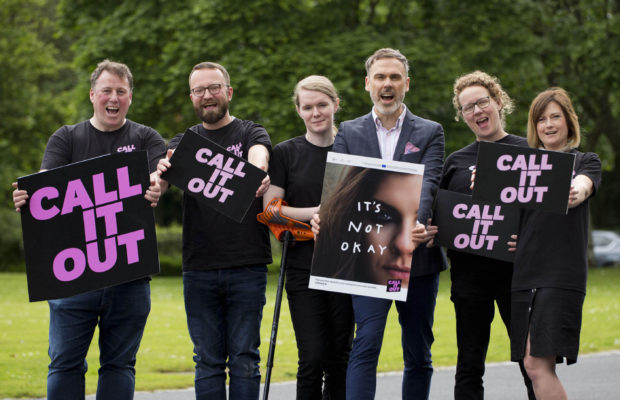 ‘Call It Out’ is a new civil society campaign to highlight and address the harm caused by homophobia, biphobia and transphobia in Ireland, led by the Transgender Equality Network of Ireland (TENI) and the team from the Hate and Hostility Research Group at the University of Limerick.

Despite recent positive changes for LGBT+ people in Ireland, many still experience harassment and intimidation simply because of who they are. This needs to change. LGBT+ people are so used to living with a background of prejudiced behaviour that they put up with abuse and insults. For many it feels like it is part of being who they are.

UL hosted the launch of the campaign including guest speakers from TENI and a screening of the short film 'Have You Ever Felt, written and directed by Kate Dolan and featuring several emerging Irish actors from across the LGBT+ community. The film will feature prominently on social media for the duration of the three week campaign.

TENI CEO, Stephen O'Hare spoke about the campaign and commented on the importance of members of the LGBT community supporting and directly impacting the narrative of the campgin: "It is a very important campaign for TENI because it is the first time that we have led a national anti-discrimination campaign that has focused on the LGBT community and we are very proud to do so. We are particularly grateful to the members of the LGBT community who put themselves forward to feature in the campaign, to tell their story, to talk about their experiences and to share what has happened to them and how they have grown and felt in relation to those things.”